Did you know that Medtronic came out with a with a new infusion set? It’s a successor from the Mio infusion set and called Mio Advance. Want to know more about it? Let me tell you.

Medtronic asked me if I wanted to test their new Infusion Set, the Mio Advance. Of course I said yes. I’ve had it for about two weeks now and have done 4 site changes so I can tell you a little something about it and compare it to the Quick-set which I usually use. 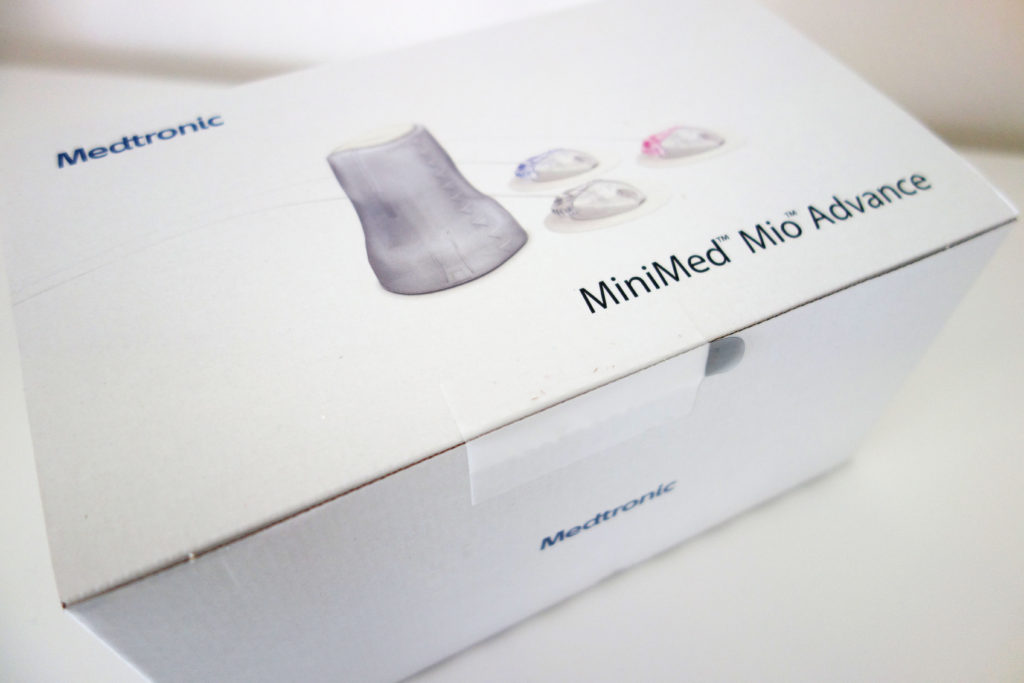 The Mio Advance comes in a cardboard box with a latch to open it up. The box is much sturdier than the one from the Quick-set. The latch is a game changer for me. It allows you to open up the box without a hitch. With the Quick-set box it’s always a hassle to open the box and most of the time I just ripp it apart to get the Quick-sets out. 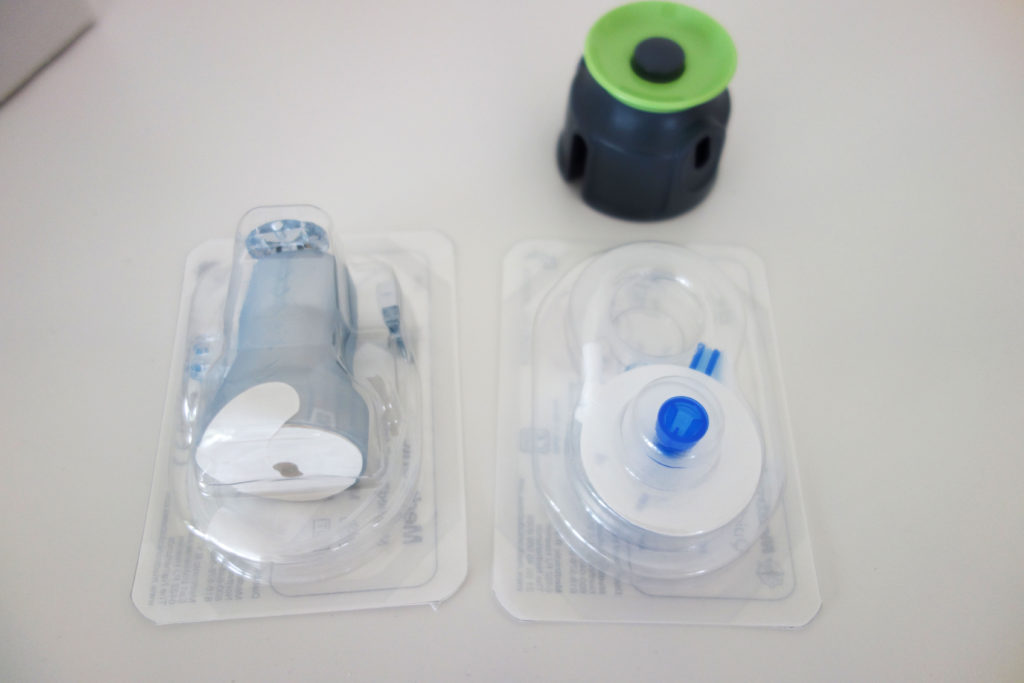 With the Quick-set you need a seperate inserter to get your site in. I wrote a whole blogpost about the new inserter, you can read it here. The advantage from the Mio Advance is that the inserter comes with the site, no need for a separate one. I feel like this is especially convenient for people who travel a lot.

This is what the Mio Advance inserter looks like: 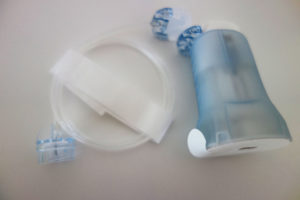 Insertion of the Mio Advance 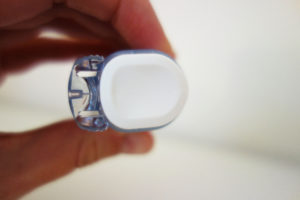 Unlike the Quick-sets you don’t have to wind the Mio Advance set up. You just take the adhesive backing off, take out the disconnect cover on the top and place the inserter on your skin. Push the top button down and the needle goes in and out without you seeing it. This can be a major plus for people who are afraid of needles. I have to say, you can barely feel the needle going in. On my first try I pushed the inserter down on my skin and that one hurt like hell. So don’t push it down, just hold it in place. The Mio Advance also has a clear window that allows you to see if your site is bleeding or causing irritation. I’d say it’s faster to insert a Mio Advance than a Quick-set because you have less steps.

In Switzerland a box with 10 Quick-sets is $15 cheaper than a box with 10 Mio Advance sets. There are different cannula and tubing lengths for the Quick-sets. For the Mio Advance I only saw one version on the website. I can’t tell you which one it is though, because the shop isn’t working properly at the moment. I’m assuming it’s the 6mm cannula with a 60cm tubing. I don’t know if they’re going to release more versions in the future. 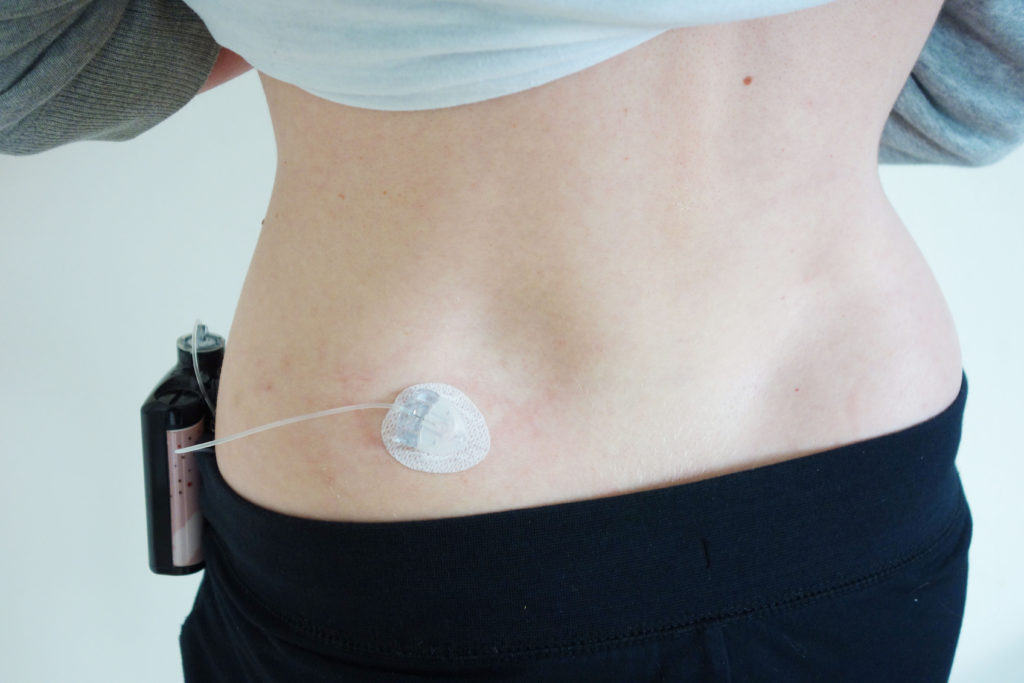 Personally I was having a hard time pushing the button of the Mio Advance down with one finger. I didn’t want to push the inserter into my skin (see insertion part of this post) so I didn’t know how hard I could push. With time that problem should solve itself. I also found that the adhesive from the Mio is more gentle on my skin. Last but not least: make sure you’re filling up the cannula with the right amount of insulin. The 6mm Mio Advance requires 0.9 units whereas the 6mm Quick-set only requires 0.3 units. 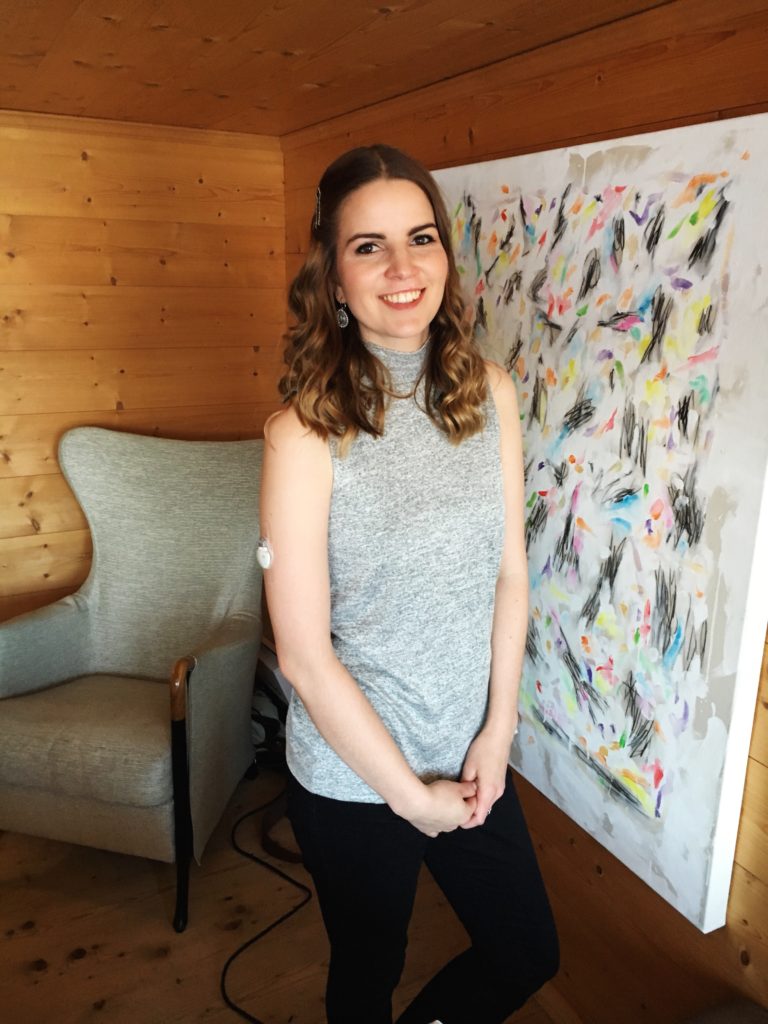